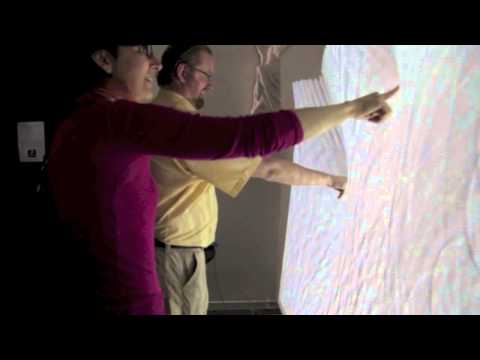 Sound Surface is a touch based interactive sound and visuals installation and an application for Xbox Kinect. The Visuals are being projected onto an elastic transparent fabric that functions as the canvas, surface where you can touch. When touching the canvas you will see and hear your impact. The surface of the canvas reminds of a watery and liquid surface. Playing with the surface creates sounds that are being heard like from the surface itself.

Sound Surface has been done with XBox Kinect and Openframeworks programming.

The final outcome was presented at Media Lab Demo Day 2013 on 29th of May.